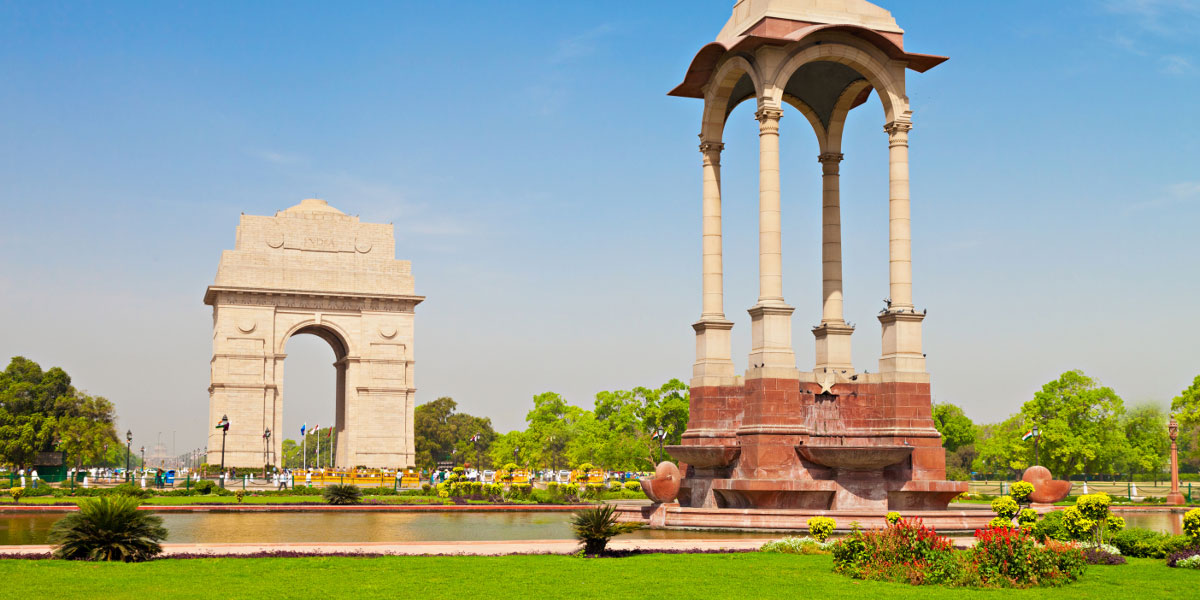 Today you will visit the following interesting sites in Delhi.

Earlier Known as Birla House was the place where the father of our nation Mahatma Gandhi was shot by a fanatic while offering evening prayers. His last steps leading to the garden, on that fateful evening are marked at the site. There is also an interesting museum in the premises.

The residence of Late Pandit Jawaharlal Nehru, the first Prime Minister of India was converted into a museum after his death.
There is a beautiful collection of photographs of the late Prime Minister, giving an account of his life. Besides this, the colonial building is equally interesting, with its teak panelled rooms with high ceilings, spacious verandas and well kept gardens.

It’s a 42 metre high, free standing arch, popularly known as India Gate. It was designed by Lutyens and built in 1931. It was originally called All India War Memorial in memory of the 90,000 soldiers of the Indian Army who died in the First World War.

The building as designed by Edward Lutyens, has a large court to its front and a 12 acre Mughal style garden at the back. The Garden is open to public in February.

The Parliament House has a domed, circular central hall and 3 semicircular structures which were designed for the Chamber of Princes, the council of state and the legislative Assembly. Today they house the chambers of the Lok Sabha (House of the People), Rajya Sabha (Upper House) and the library. A verandah with 144 columns surrounds the three chambers.

Fariborz Sahba was an Iranian American architect who designed the lotus temple in New Delhi. The lotus holds a lot of significance in different religions. This temple is also known as the “Baha’i house of worship”. The lotus petals are made of concrete clad with white marble, and around the blooming petals, there are 9 pools of water, which light up in natural light, creating an illusion of a lotus floating on water.

There will be extra charges for pick up or drop at the airport, and from hotels in Old Delhi/ West Delhi/ East Delhi/ NCR (Except Gurgaon).