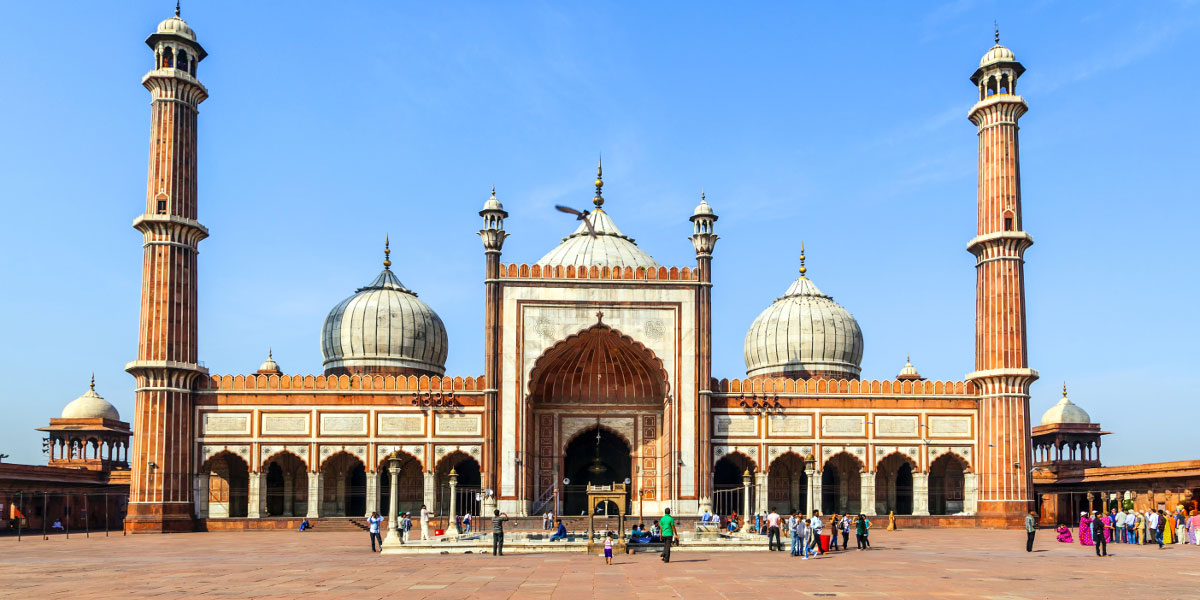 Pick up from hotel at 9.00 A.M Visit Old Delhi- the former center of Mughal power which offers ancient monuments, narrow streets and bustling markets. Visit the Red Fort built in 1648 by the great Mughal Emperor Shah Jahan famous for his great edifice of love the Taj Mahal. Also see the biggest mosque in India the Jama Masjid, constructed by Shah Jahan in 1658. Take a rickshaw ride through the narrow lanes of Chandni Chowk to get a feel of the royal life of the Mughal emperors. Also visit Raj Ghat, the memorial to the father of our nation.

Post lunch you visit some sites in “New Delhi” which and is also popular as Lutyens Delhi, taking after the name of a British architect who was largely responsible in designing India Gate, Presidential House, Secretariat, Parliament House and many other buildings in that area.
Visit Humayun’s Tomb which is said to have been an inspiration for the Taj Mahal. The Mughal Emperor’s tomb stands on an 8 meter high platform, and the tomb chamber is entered through the south entrance, while the other 3 sides are blocked with lattice work in white marble. Your last stop is Qutub Minar, the tallest tower in Delhi, which declared the arrival and rise of Islam in India.

There will be extra charges for pick up or drop at the airport, and from hotels in Old Delhi/ West Delhi/ East Delhi/ NCR (Except Gurgaon).